Ghode Jatra Festival is a horse parade that takes place in Tundikel Square, better known as Ratna Park, in the center of Kathmandu city during March or April. 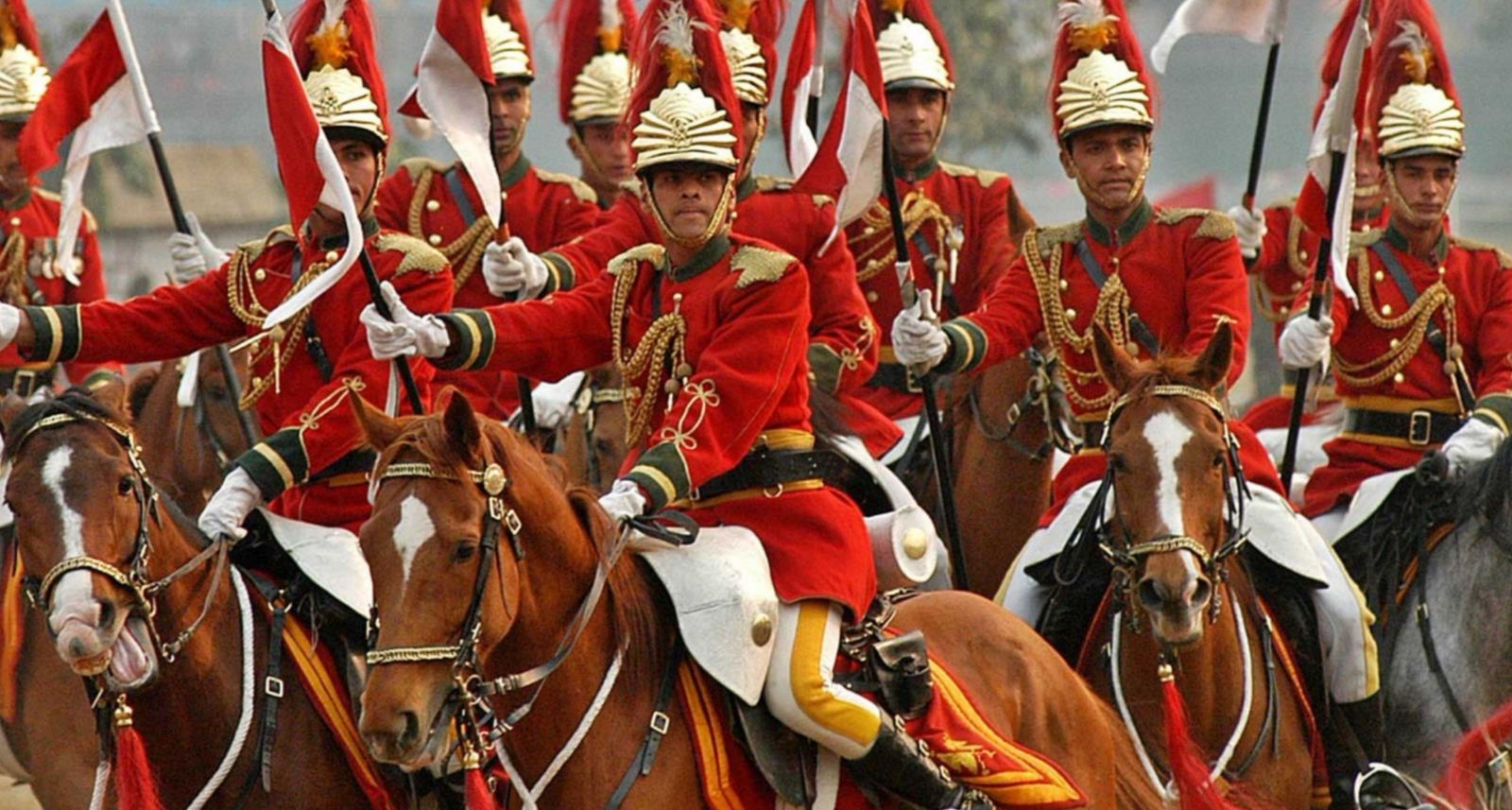 Unlike most festivals in Nepal, Ghode Jatra has no religious coloring, but it involves the history of Kathmandu and its people, the Newars.

It all starts with the story of Kesh Chandra, a trader in the capital. Eager for money, He regularly bet on the little money he had, confident that he would come back rich. However, he returned every day with no money and an empty stomach. So he went to ask for help from his sister, married to a wealthy Newar in the city. Full of empathy for her little brother, she cooked him a feast on a gold plate. Kesh Chandra, with a full stomach, left not without having loaded his sister's gold plate in order to bet on it hoping to get it again. But like every time, he lost all his money, including of course the gold plate. 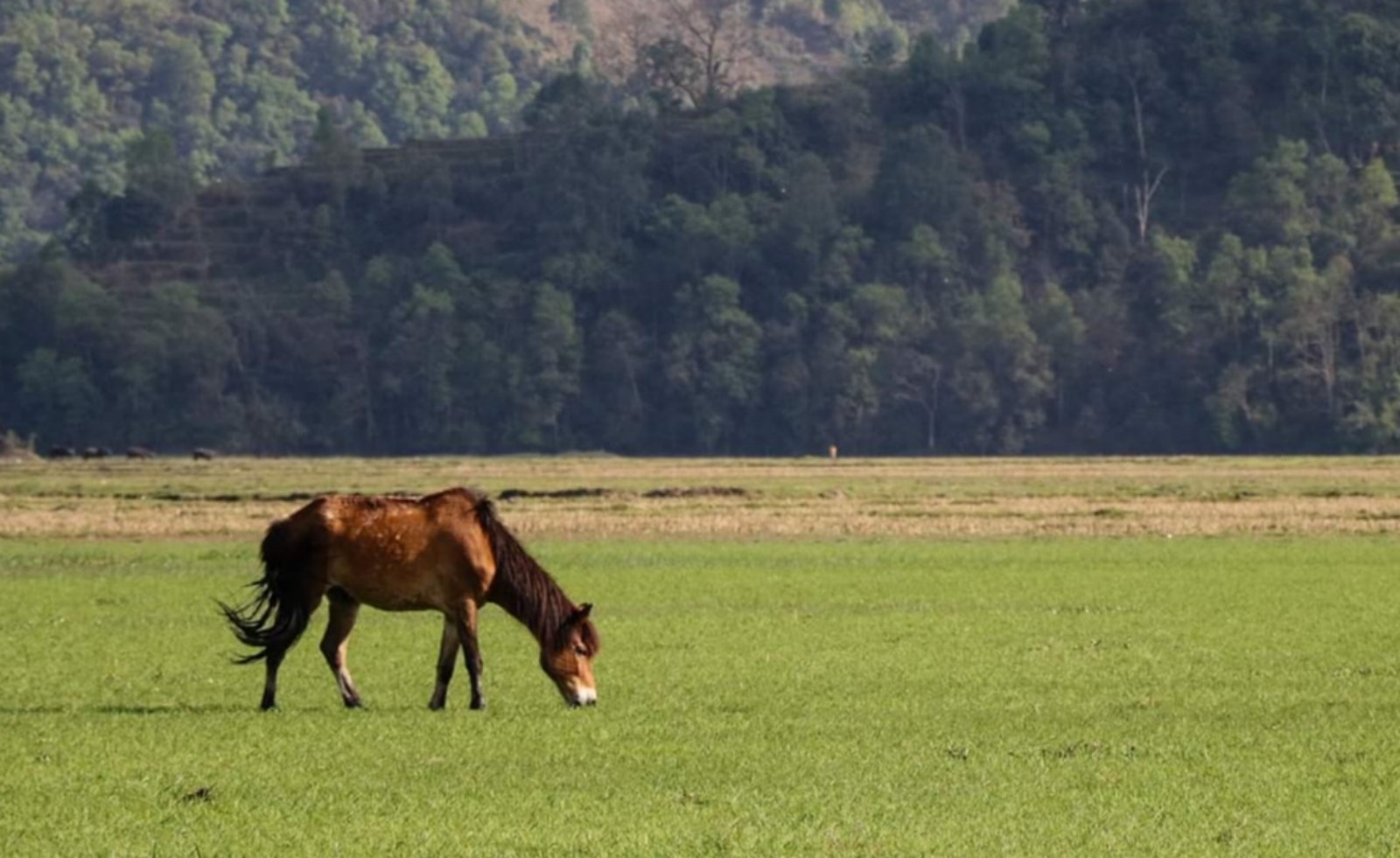 So he went back to his sister to ask for help, hoping that she would forgive him. Full of wisdom, she accepted his apologies and cooked him once again a sumptuous dinner, this time she served in a silver dish. Unable to resist, Kesh Chandra stole the plate and lost it again. The third time his compassionate sister still served him a meal, but this time without a plate. Not wanting to eat on the ground, therefore Kesh Chandra  left his sister's house with a handful of rice in hand but having nowhere to go, he settled under a tree with his dinner at the foot of the famous temple Swayambunath Stupa to spend the night over there.

The next morning, he found himself empty-handed, the pigeons had eaten all of his rice overnight. In thanks, they offered him golden eggs but at the same time, he saw a demon: it was Gurumapa, a demon who fed many stories and which frightened all the children of Kathmandu. Gurumapa saw poor Kesh wanted to make it his meal of the day, but the latter promised to make him scare and keep his golden eggs. The demon Gurumapa stayed one month in the house of Kesh which kept its promise but the inhabitants of the district having discovered that Kesh welcomed a devil in his house, asked him to leave the district. Then Kesh Chandra proposed to Gurumapa to place him in a more comfortable place, in a foot of a tree in Tundikhel park in the heart of a city. He used to visit daily to feed him but on the fourth day he decided to leave him to his sad fate. After waiting for Kesh for several days, this furious demon went to his house terrorizing the inhabitants: it was the last time that the neighbors saw poor Kesh Chandra who disappeared forever.

Gurumapa returned to him to live in the park of Tundikel where during months it made reign terror in the population. No longer able to live in daily fear, the inhabitants decided to fight against Gurumapa.

During the first battle, the inhabitants armed themselves with spikes and swords but could not overcome the demon. They then decided to release herd of horses which nailed the demon to the ground. Wheeled in the dust, Gurumapa no longer got up, and the Newars of Kathmandu were able to celebrate their victory.

CONDUCT OF THE FESTIVITIES

Fearing, however, that Gurumapa would come back to haunt the city, it was decided to organize a horse parade every year in Tundikhel, a ritual which has now become the festival of Ghode Jatra. This is how each year on the Tundikhel esplanade, around twenty riders from the royal cavalry compete in various games, races and acrobatics. Hearing the vibration of the hooves, the demons become frightened and remain deeply buried: the faster the cavalcade, the more the noise increases and frightens the demons which remain caulked underground.

Beyond the legend, it is especially the occasion for the soldiers of the army, in large pageantry, to show their talent in front of the officers, the officials and the diplomats, only authorized to attend the spectacle inside of the park. The huge crowd, persona not scratched in the enclosure, has no other choice than to mass along the gates of the large road to follow the various adventures. The show ends with a flock of paratroopers who land in the middle of the park, while the gates open and the liberated crowd comes to prop up the demons with food offerings and thus ward off bad luck.

Another celebration takes place in the evening, that of Pahan Charhe (Pahan means "guest" and pasa mean "friend" in Nepal Bhasa. Charhe means "fourteenth day of the lunar fortnight" when the festival commences. It starts on the 14th day of the dark fortnight of Chill?, the fifth month in the lunar Nepal Era calendar) Palanquins carrying the goddesses of the temples of the city ro gather in Tundikhel for a great ceremony accompanied by tipical newari band and dances. At the same time, in Patan, the other imperial city of the other beside the Bagmati river, the locals make fun of the people of Kathmandu and getting drunk on a horse and lets him wander in the alleys. The generally drunk men also try to ride the horse bareback and the crowd of his joy and his frightening pleasure the horse which ends up of course unseats  its rider…